I watch Smash. There. I’ve said it. Heap all the derision upon me that you will! I know it is truly awful. I know that the writing is impossibly muddled and the characters are less than cardboard, yet I can’t stop watching it. I don’t even know if it counts as a guilty pleasure since I spend the whole viewing hour critiquing it mercilessly. Then why do I watch it? It’s just so BIG. It’s produced by Steven Spielberg. The great Maerose Prizzi  herself, Anjelica Houston has a leading role. Every week features at least one impeccably directed and staged original musical number from one or both of the new musicals whose development the show is tracking. The first of these is Bombshell, apparently a big, old-fashioned Broadway musical based on the life of Marilyn Monroe. Monroe is often invoked by the earnest cast members as an avatar for just about anything the character speaking needs at the moment. The crushed and used victim, the great feminist icon, the knowing sex kitten, just about anything. The other musical is being produced ‘downtown’ and is called Hit List. God help me if I can tell you what this  show is supposed to be about. Even after weeks and weeks of watching rehearsals and production numbers from the  show I still have no coherent idea what the thing is supposed to be about. The only thing I can tell is that it is supposed to be edgy as opposed to Bombshell being traditional.  The downtown vibe is supposed to put you in mind of the much loved Rent by Jonathan Larson. Yeah, OK. All this still doesn’t explain why I watch it. Yes, it’s fun to see Bernadette Peters chew the scenery every few weeks.  You get to see what Liza Minnelli looks like nowadays. That still doesn’t seem to be enough.  Most shows that pull you in, do so on the strength and interest of the characters. In a good show we watch the characters develop and become more complex episode after episode, season after season. The character of Lou Grant was a monotonous, gruff bully in the first episodes of The Mary Tyler Moore Show. By the end he was a rich, contradictory, lovable, recognizable friend. But The Mary Tyler Moore Show was the zenith of television art.  Smash is close to the nadir. Yet I watch. And I lament the fact that after the season finale a week from Sunday, the show will go the way of all flesh. I resent the fact that because of the failure of Smash it will be a very long time before network television will gamble on a plot driven show with such high production values.

And there will be no characters I will miss because for two whole seasons not one character has remained consistent and has been developed and made complex in a way that would make him or her endearing. In fact, a single character on Smash tries on more stereotypes than one will find in a dozen situation comedies. Each stereotype is dropped quickly since it seems that the writers have no idea how to build a character over a season. Which brings me to the most infuriating aspect of the whole business  As you can tell, Smash ain’t Proust. It is the lightest of light entertainment. It is not too far removed from the innocence of Mickey and Judy mounting a show in a barn. Therefore, one would think that death wouldn’t have much of a place in Smash – but you would be wrong. The one appealling character in the whole series was Kyle, a wide-eyed, sweet, eager, idealist young Gay man who is half of the team responsible for Hit List. 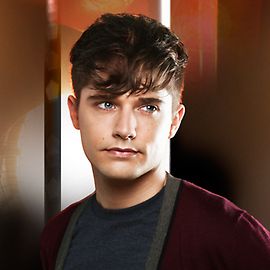 The other half is the straight, troubled, obnoxious, endlessly grating Jimmy, Kyle’s best friend and great crush. A few episodes ago Kyle finally realized how selfish and destructive Jimmy is and emptied all of his stuff from their shared apartment and brought it all to Jimmy’s brother’s place. After Kyle sings a tortured love song by some pop musician I don’t know, the episode ends with Kyle crossing the street and possibly getting hit by a car. We find in the next episode that he is indeed dead.  Much has been written about how this was to evoke the tragic death of Jonathan Larson, a budding musical genius cut down just as he was about to flower. Hooey. He is another casualty of The Celluloid Closet, Vito Russo’s landmark study of the portrayal of Gays from the beginning of film until the time of the book’s writing. He posits that Gays are effeminate types that are the butt of jokes, or they are evil, perverse predators that must be destroyed, or, most upsettingly, the are sympathetic and marked by tragedy, and they must die too. Even though Brokeback Mountain was heralded as a landmark in the depiction of Gay love, Jack Twist still must die in the end. Yes, I know this is what happened in the original novella, but that is beside the point. The fate of poor adorable Kyle shows us that the Celluloid Closet still reigns supreme.

1- When is a ‘bad’ film a great film viewing experience?

Turner Classics recently showed a 1930 film version of Rodgers and Hart’s 1929 musical Spring Is Here. The movie is nothing more that a staged play and a pretty silly one at that, but for those of us who are fascinated by the Great American Songbook and early Broadway Musicals it is an invaluable glimpse into what these plays must have been like in the theater.  Other films of contemporary musicals usually give them the Hollywood touch, bloating them out into elephantine productions (think Hello Dolly or South Pacific). This is as if the director set up a camera 5th row center and let it run. Not much cinematically, but historically priceless! The vaudeville delivery of the jokes, the warbling tones of the leads are priceless in understanding what the theater-going experience was in the 20s and 30s.  The only well-known song is With A Song In My Heart.

One of the joys of watching an insane amount of films is to discover a director you never heard of and recognize what an integral part he was in what came before and after him. Pierre Étaix began as an assistant to Jacques Tati and went on to direct his own mind-boggling comedies in the 50s and 60s. These films where often scripted with Jean-Claude Carrière who went on to script the great absurdist masterpieces of Buñuel such as The Discreet Charm of the Bourgeoisie.  The three films above are pure insane delight from start to finish and provide a link between Tati and Buñuel that you hadn’t realized existed, but not seems indispensible.

You can bet that I was the first kid on my block to get the new Criterion box set that was released this month.

Norma Desmond, the silent film star in Billy Wilder’s Sunset Boulevard who has retreated into the dreams and confines of her Hollywood-Baroque mansion, is forgotten by the world. The shocking thing to realize is that the coming of sound, that event that severed the world of Desmond and Valentino and Fairbanks and Pickford from the ‘today’ of the film’s 1950, happened little more than 23 years before. Yet, the sundering of the two worlds is complete and final. The legendarily glamorous hey-day of the Silent Era seems as distant to the contemporary characters as the French Revolution.

Consider what was in theaters 23 years ago. Ghost, Home Alone and Pretty Woman hardly seem like relics of a distant past. Even the films released 23 years prior to that, such as The Graduate, Guess Who’s Coming to Dinner and Bonnie and Clyde are still highly accessible and seem to be of our time.

The Silent Era is even more remote to us than it was in 1950. The giants of the era, such as Garbo, are remembered for their Sound Era films only , if at all. Yes, the silhouette of The Little Tramp is immediately recognizable, and we all have seen Harold Lloyd hanging from that clock in Safety Last, but the vast body of silent films are unknown. 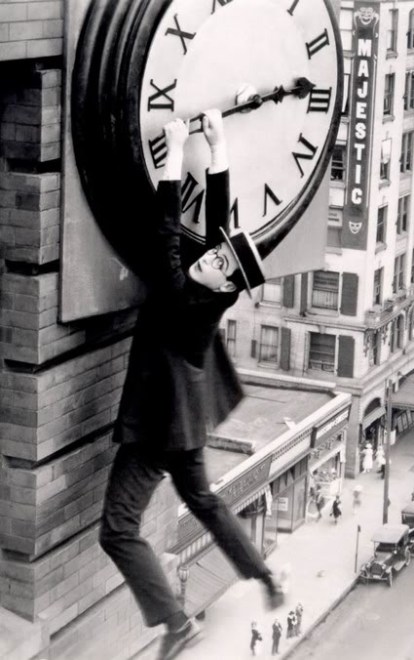 In the ensuing 86 years since the advent of sound, the vast majority of filmgoers have lost the skill of watching silent movies. There will be the obligatory viewing of The Gold Rush or Battleship Potemkin (alas, only the Odessa Steps scene) but no one knows classics like The Big Parade and Sunrise or even delightful, fluffy entertainments like My Best Girl or Show People.

My recommendation for activating an appreciation of Silents would be to watch and revel in the films of Erich Von Stroheim. Born to a lower middle-class Jewish family, Stroheim remade himself into a fallen Austrian nobleman, picking up the aristocratic ‘Von’ somewhere between Europe and Ellis Island. 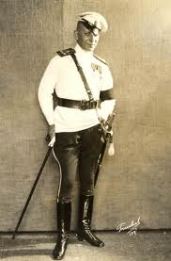 He learned the craft of filmmaking by working as an extra and assistant director to D.W. Griffith, and came of age as a director in the mid-1920s, the zenith of the Silent Era. He is best known for a film that no one alive has seen in its entirety. His ten-hour adaptation of Frank Norris’ realist classic Mcteague, shot under the title Greed, was continually whittled down by the studio until only about two hours of film remained. Not too long ago a reconstruction of the ‘complete’ Greed was created by splicing what remains of the film together with a treasure trove of recently discovered production stills. This, however, is ‘caviar to the general’ and will hardly be pleasurable for the Silent novice.

Instead, your starting point should be the stupendous Foolish Wives. Made in 1922, it is the perfect example of MGM luxury and glamor combined with Von Stroheim’s obsession with accuracy. It is said that his mania for detail even extended to insisting that his characters should be wearing correct underwear, even though it never appeared on screen! A full-scale replica of the casino at Monte Carlo is just one of the things that pushed the budget of this film past the one million mark, a first in film history. 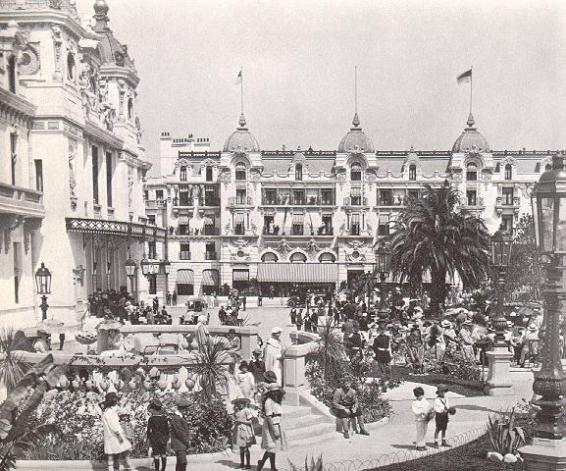 MGM made a virtue of necessity by bragging in the ads for the film that it was directed by Erich Von $troheim.

Foolish Wives is the story of an innocent American wife abroad, prey to the decadence of European aristocracy manqué. It is a strange theme for a film of 1922 since World War I had all but annihilated the very world that Von Stroheim was critiquing. The film is novelistic in its portrayal of character and plot. The fascinating Austrian Count Karamzin (Von Stroheim) and his ‘cousins’ inhabit a seaside vipers’ nest from which they cynically and ruthlessly prey on anyone naive enough to cross their paths. Watching their gleeful amorality and inevitable downfall is as satisfying as reading a big juicy 19th Century Novel by Trollope or Dickens.

The Austrian aristocracy also comes in for scrutiny in the heartbreakingly beautiful film The Wedding March starring a pre-King Kong Fay Wray.

Stroheim’s directorial career came to an abrupt end when Gloria Swanson had her boyfriend Joseph Kennedy shut down the production of the film Queen Kelly she was starring in and Von Stroheim was directing. Swanson finally had enough of the demands of this mad director and took exception to the creepy fetishisms of the film. Queen Kelly survives as a fragment and it is fascinating. An extra level of creepiness is that it is the film Norma Desmond is showing to Joe Gillis in Sunset Boulevard. In a queasy-making confluence of fact and fiction, the butler Max von Mayerling, who is acting as film projector, is played by none other that Von Stroheim himself. 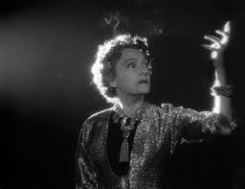 So, please dig up a copy of Foolish Wives and let me know what you think. There is a nice edition on Kino that also features the interesting documentary The Man You Love To Hate. Then try The Wedding March.