1- Flamingo Road is a perfect Hollywood entertainment.  I wonder why it isn’t considered more of a classic.  Terrific story, over-the-top performances by Joan Crawford and Sydney Greenstreet, directed by Michael Curtiz of Casablanca fame.   It is easily as enjoyable and solid as other Curtiz films, like Mildred Pierce or The Adventures of Robin Hood. But for some reason, those two have been elevated to ‘classic’ status and Flamingo Road has pretty much been forgotten. It would be interesting to figure out what things like this happen.

2- What a solid, depressing movie Carnal Knowledge is.  Totally unlikeable characters, dyspeptic script, jaundiced view of everything from marriage to friendship to morality.  I loved it.

3- The French critics lionized Douglas Sirk with very good reason.  He was a true master at what he did.  Godard said A Time To Love and A Time To Die was his best.  I am not sure about ‘best’ but it is really good. REALLY good. A sympathetic view of a German soldier during the end days of WWII.  It is from an Erich Maria Remarque novel.  Remarque even has a small but pivotal role in the film. What Remarque did for the WWI soldier in All Quiet On The Western Front he does for the WWII soldier. I haven’t read either novel, but this film is more of a chamber piece – a love story played out against the last days of WWII when Germany was undeniably beaten. The Sirk touches you have come to expect are all there: the saturated color, the high-flown romance, the extraordinarily handsome leading man, in this case John Gavin. 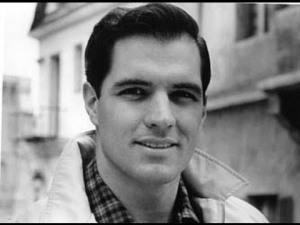 4- Watching The Catered Affair made me realize what an effective tool black and white photography was in the 1950s.  This was the time when a lot was being shot in color in an attempt to compete with television.  However, this film, with its gritty working-class characters leading lives of quiet desperation would not have been served by Technicolor. There seems to have been an imperative to use black and white when a film is supposed to look ‘real’.  I have always found that ironic, since real life is in color and if color were suddenly drained from our daily life, it would look anything but real.  Nowadays, just about everything is in color, no matter what the subject matter, unless it is a pretentious indie project or a pretentious Woody Allen movie.  The last new black and white film I recall seeing in a theater is Nebraska.  I wonder why it was chosen for that film.  Perhaps because it was depicting ‘ordinary people’?

5- I had never heard of Kongo.  What a lovely mix of depravity, immorality, incest and Love Triumphant! It would make an amazing double-bill with The Island of Lost Souls. Walter Huston was a towering actor who is all but forgotten today.

6- What a treat to watch Prizzi’s Honor right after watching Kongo, seeing Walter’s granddaughter Anjelica command the movie in the way her grandfather did. This time around I was struck by how few minutes of screen time Maerose Prizzi has.  But, it is her movie.  Hell, it is her world. ‘Why don’t you take yourself on one of those cruises, honey?’

7- A Page of Madness is exactly that.  A film so experimental that it makes the Soviets of the 20s look like tired, old sentimentalists. It was presumed lost for decades, so it didn’t exert the kind of influence it might have. You can tell that the director was mightily influenced by The Cabinet of Doctor Caligari. Over-the-top editing, experimentation with shifting narrative, the lack of intertitles (it’s a silent film) make this quite a difficult but exhilarating experience. It’s 60 minutes can feel like 4 hours, but if you are game, it’s worth seeing at least once. It’s funny, but the director went on to win the Best Foreign Film Oscar some 30 years later with the very traditional Gate of Hell